Methods: Minimum Inhibitory Concentration (MIC) of plants extracts against the tested bacterial species was determined by using 96 wells microdilution method. In this method, 50 μL of nutrient broth were loaded in each well followed by 50 μL of extract (100 mg/mL) to make a final volume of 100 μL. Subsequently 50 μL were transferred from first rows of each well to the second rows and the process was repeated down the columns to the last wells from which 50 μL were discarded. Thereafter, 50 μL of the selected bacterial suspension were added to each well thus making a final volume of 100 μL. The lowest concentration which showed no bacterial growth was considered as MIC.

Conclusion: It was concluded that M. aethiopicum, L. capassa, A. anthelmentica and M. salicifolia are potential source of antibacterial agents. Further studies to establish structures of antibacterial and evaluate active ingredients are recommended.

Bacterial infections are responsible for about 17.8% of all human deaths world-wide, amounting to almost 10 million deaths per year [1]. Despite the fact that conventional drugs have been used as remedy for human infectious diseases globally, there are some limitations which include, among others, antibiotic resistance, toxicity, inhibitive costs and allergic reactions in some patients [2]. In view of such limitations, search for alternative drugs for the management of infectious diseases is desirable. Screening for bioactive compounds from medicinal plants in counteracting some limitations facing conventional drugs offers a promising approach [3]. Indeed, medicinal plants have been established to contain phytochemicals such as flavonoids, tannins, terpenoids and alkaloids which are responsible for antibacterial activities, and are potential antimicrobial agents [4].

Tanzania is endowed with more than 10,000 widely distributed plant species of which about 1,000 are considered to be medicinal [5]. Some of the plants commonly used for the treatment of human infectious diseases include Mystroxylon aethiopicum (Celastraceae), Lonchocarpus capassa (Papilionoideae), Albizia anthelmentica (Mimosaceae) and Myrica salicifolia (Myricaceae). The M. aesthiopicum which is also known as the spike thorn, is widely distributed in highlands of Arusha and Kilimanjaro regions, where it is locally known as “Oldonyanangui” in Maasai language. It is reportedly used by many ethnic groups for treatment of dysentery [6].

The L. capassa is usually found in deciduous woodlands and wooded grasslands especially along water courses, is locally known as “Mvale” in Swahili language. In Tanzania, the plant is commonly found in Arusha, Tabora, Dodoma, Kondoa, Morogoro and Iringa [7]. Fine powder prepared from stem bark of this plant is reportedly used by the Nyamwezi people for management of wounds by mixing and taking the same with porridge [8].

Likewise, A. athelmentica which is a thorny/spiny, deciduous, multi-stemmed tree is commonly found in deciduous or evergreen bush lands and scrubland, especially along seasonal rivers and on termite-mound clump thickets. It is medium canopy and grows to an average height of 8 meters [9]. The plant is native in Botswana, Kenya, Namibia, Somalia, South Africa, Swaziland, Tanzania and Uganda. It is reportedly used by pastoralists throughout East Africa for treatment of helminthic infections of livestock [10].

Regarding M. salicifolia, is a shrub with average height of about one meter and may occasionally grow to a tree of up to 20 m and is usually aromatic and resinous [11]. The plant is mostly found in temperate, subtropical and tropical-montane regions of the world [11]. Traditionally, root extracts of M. salicifolia is consumed by Maasai warriors in Kenya to prime themselves for battle. They believed that consumption of these extracts would produce feelings of detachment from the environment, invincibility, irritability, aggressiveness, overreaction to extraneous sounds and tendency to keep a posture for a long time [12].

Preparation of plant extracts and extraction

The plant materials were collected from different parts of Arusha region in Tanzania. Leaves, stems and roots of L. capassa and A. anthelmentica were collected from Esilalei village in Monduli district, Tanzania while the same plant parts of M. aethiopicum and M. salicifolia were collected from Imbibya and Engalaoni villages respectively, both in Arusha rural district, Tanzania. Plant species were identified by Mr. Gabriel Laizer, a botanist from Tropical Pesticide Research Institute (TPRI) and voucher specimens coded MA-1, LC-2, AA-3 and MS-4 for M. aethiopicum, L. capassa, A. anthelmentica and M. salicifolia respectively are kept at Nelson Mandela African Institution of Science and Technology (NM-AIST). Plant materials were air dried under the shade and pulverized into fine particles using electric blender. Pulverized materials (250 g, per plant part) were successively macerated in chloroform, ethyl acetate and methanol for 48 hours. The respective extracts were filtered through Whatman No. 1 filter paper on a plug of glass wool in a glass column and solvents were evaporated through the vacuum using a rotary evaporator and stored in a deep freezer at -20°C.

Minimum inhibitory concentrations (MICs) were determined by microdilution method using 96-well plates according to procedure reported by Ellof [14]. Plates were first preloaded with 50 μL of the nutrient broth media in each well followed by addition of 50 μL of 100 mg/mL extract (prepared in DMSO) into the first wells of each row so as to make a total volume of 100 μl in each of the first row wells. The contents were thoroughly mixed and 50 μL of the same were drawn from each of the first row wells and put into the next row wells. The process was repeated down the columns to the last wells at the bottom from which 50 μL were discarded. Thereafter, 50 μL of the selected bacterial suspension (0.5 Mac Farhland standard turbidity) were added to each well thus making a final volume of 100 μL per well. Gentamycin sulphate was used in two rows of each plate to serve as standard positive control drugs against the test bacteria while DMSO was used as negative control. Likewise, nutrient broth was used to monitor bacterial growth. The plates were then incubated at 37°C for 24 hrs. MICs for each extract, were determined by adding 20 μL of 0.02% p-iodonitrotetrazolium (INT) chloride dye in each well followed by incubation at 32°C for 1 hr. Bacterial growth was indicated by change of colour to pink. The lowest concentration which showed no bacterial growth was considered as MIC.

The antibacterial activity of M. aethiopicum L. capassa, A. anthelmintica and M. salicifolia extracts were evaluated against seven Gram-negative bacterial species. The findings presented as minimum inhibition concentrations (MIC) indicated that plant extracts possess varying antibacterial potencies as summarized in Tables 1 and 2. Out of seven Gram negative bacteria tested, only three bacteria namely Salmonella kisarawe, Salmonella typhi and Pseudomonas aeruginosa were inhibited by plant extracts at MIC value of 0.39 mg/mL. Seventy one percent of tested bacterial were susceptible to plant extracts at MIC value of 0.781 mg/mL. According to Rios and Recio [15], plant extracts that are recommended in the drug discovery initiatives are those with MIC values less than 1 mg/mL, and thus plant extracts that exhibited MIC values of 0.39 and 0.781 mg/mL are potential source of drug templates.

Mystroxylon aethiopicum leaf chloroform (MALC) and stem bark methanolic (MASM) exhibited antibacterial activity against all tested bacteria with narrow MIC range of 0.781-3.125 mg/mL and 1.562-3.125 mg/mL respectively suggesting that the two extracts are more active than other plant parts of M. aethiopicum. However, the highest antibacterial activity was exhibited by MALC and M. aethiopicum root bark (MARC) extracts which displayed MIC value of 0.781 mg/mL against S. kisarawe and S. typhi respectively.

Validation of ethnomedical information of plants commonly used by ethnic groups has been a strategy in the discovery of novel bioactive secondary metabolites [16]. Despite these efforts, there are still some medicinal plants that have never been validated. That is why this study is reporting antibacterial activity of M. aethiopicum, L. capassa, A. anthelmentica and M. salicifolia growing in Tanzania. According to Rios and Recio [15], the maximum plant extract concentration of interest should be less than 1 mg/mL. Therefore, extracts reported in this study which displayed antibacterial activity with minimum inhibition concentration (MIC) of 0.39 and 0.781 mg/mL are hence regarded as potential drug template sources.

The Mystroxylon aethiopicum leaf and root bark chloroform extracts selectivity inhibited the growth of S. kisarawe and S. typhi respectively with MIC value of 0.781 mg/mL just like L. capassa leaf ethyl acetate. It is therefore assumed that these extracts are potential source of drug leads for the management of infections caused by S. kisarawe and S. typhi. These results ratify the traditional uses of M. aethiopicum by Pare people in the Northern Tanzania in treating hemorrhagic diarrhea [6]. However, the antibacterial principle candidates from M. aethiopicum were reported in Kenya to be tannins, flavonoid, saponins and alkaloid [18]. However, studies on phytochemicals have showed that, plants rich in a wide variety of secondary metabolites, such as tannins, terpenoids, alkaloids, and flavonoids have been found in vitro to have antimicrobial properties [19]. Results emanated from this study which focused on M. aethiopicum growing in Tanzania, and the reported data for the same plant growing in Kenya indicate that the tannins, flavonoid, saponins and alkaloid are responsible for the S. kisarawe and S. typhi respectively.

It was observed that Myrica salicifolia had high selectivity against Pseudomonas aeruginosa, Proteus mirabilis and Klebsiella pneumoniae to warrant the discovery of possible drug leads for management of diseases associated with these pathogens. This is deduced from the antibacterial activity of M. salicifolia stem bark ethyl acetate against P. aeruginosa with MIC value of 0.39 mg/mL. Myrica salicifolia stem bark methanolic and root bark methanolic extracts selectively inhibited the growth of P. mirabilis and K. pneumoniae with MIC value of 0.781 mg/mL. The high susceptibility shown by P. aeruginosa, P. mirabilis and K. pneumoniae towards stem and root bark extracts suggesting that the stem and root bark might contain secondary metabolites that can be used in the management of infections caused by these pathogens. It also validates the traditional uses of M. salicifolia in treating chest congestion, pneumonia and respiratory diseases [20].

Authors have declared that no competing interests exist.

Authors are grateful to Commission for Science and Technology (COSTECH) for financial support through the Nelson Mandela African Institution of Sciences and Technology (NM-AIST). Herbalists from Esilalei, Imbibya and Engalaoni villages are appreciated for supply of availing ethnomedical information of medicinal plants. 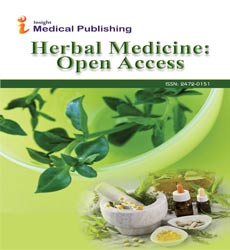